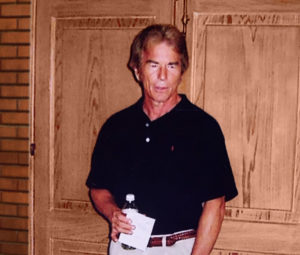 Joe Thomas White is the CEO of Kanakuk Kamps and serves as the CEO and Board Chair of Kanakuk Ministries and founder of Kids Across America and Men at the Cross. He founded and serves in leadership roles for many other affiliated organizations and programs, which are referred to as a “Family of Ministries.” White purchased Kanakuk Kamps from his father, Spike White, in 1976. Along with his wife Debbie-Jo, White has led the growth of the camp empire to one of the largest and most prominent in the field, especially within evangelical Christian circles.

By 2018, the Whites claimed 500,000 children from all 50 states and five continents had experienced camp at Kanakuk since its inception. White is the author of more than 20 books and speaks across the nation at Christian conferences of thousands, hosted by such groups as Promise Keepers and Ignite.

While maintaining a positive reputation and loyal following among evangelical Christians, White has also been the subject of numerous lawsuits and confidential settlements for his role in sexual abuse scandals at Kanakuk Kamps. Through sworn testimony and other statements, White has repeatedly lauded the character of individual sexual predators and defended his own failures to properly investigate and address instances of prolonged sexual abuse. He continues efforts to dismiss, deny, and cover up his camp’s culpability in dozens of child abuse cases by silencing victims through confidential settlements and rebranding the camp as safe through the launch of a “new, innovative” Kanakuk Child Protection Plan in recent years.

In his speaking and writing, White often attributes success to two significant figures in his life, work, and ministry: Bill Gothard and  Jack Herschend. Both men have been the subject of multiple lawsuits for committing or facilitating sexual abuse in a Christian setting. Other close friends and mentors whom Joe claims include Gary Smalley  and James Dobson  of Focus on the Family.

“Dr.” Joe White holds a bachelor’s degree in biology from Southern Methodist University, which honored him with a Distinguished Alumni Award in 2009. That same year, Kanakuk Kamps Director Pete Newman was criminally charged and convicted of abusing dozens of campers. White did not pursue any postgraduate studies but served as a volunteer with Young Life and an assistant to the coaching staff at Texas A&M for one football season before he began working full time for his father at Kanakuk Kamps. White uses the title of “Dr.” publicly, but his doctoral degrees were honorary only, from Bellhaven University in Jackson, Mississippi, and Southwest Baptist University in Bolivar, Missouri. Joe White is not a licensed counselor, although he practices and claims expertise in counseling.

Joe actively promotes himself as a dynamic speaker and “America’s Expert on Raising Godly Teenagers ” and remains the face of Kanakuk Kamps and related entities. There has been very little public accountability for the crimes against children that have occurred in Kanakuk ministries throughout his tenure at the helm.

There are numerous nonprofit and for-profit organizations under the stewardship of Joe White and Kanakuk, some of which have been served as codefendants in child sexual abuse cases with associated claims of negligence, failure to supervise, and fraud. There have been significant funds exchanged from nonprofit Kanakuk entities to the Whites’ for-profit entities, according to publicly available 990 forms. Entities related to Kanakuk and the White family include: 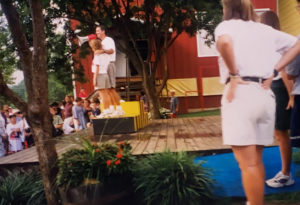 Kanakuk Kamps grew out of Camp Kugaho, which was founded in 1926 on property owned by C.L. Ford of Dallas in Southwest Missouri, near Branson. The camp changed ownership over the next 30 years, evolving from a modest-sized boys’ camp into multiple coed camps, which now include K-Kountry, K-West, K-1, K-2, K-Seven, a tropical-themed family camp called K-Kauai, and affiliated camps known as Kids Across America, which are exclusively for “urban youth.”

Outside of Missouri, Kanakuk operated K-Colorado for many years. Kanakuk has international reach through its mission programs abroad, including Kanakuk Haiti in partnership with Cross International.

Domestically, Kanakuk also offers retreat programs, day camps called “Kamp Out!” in host cities, and other year-round ministries, such as the K-Life ministry for teens, which exists in more than 20 U.S. cities, Kanakuk Link Year, and the Kanakuk Institute. Signature events include After Dark and The Heart of a Mom Gathering.

Today Kanakuk Ministries remains under the decades-long leadership of Joe  White, CEO and Board Chair, and his wife Debbie-Jo, Vice President, who inherited their roles from Joe’s parents in the 1970s. Their son, Cooper, is also on the board of directors, and daughter Jamie Jo serves as the organization’s Director of Alumni Engagement.

Kanakuk claims to have served more than 500,000 campers from across the United States and around the world. In 2007, it was the third largest employer in Taney County. The organization presents itself as “America’s premier summer camp experience, ready to provide the summer adventure of a lifetime based on Christian principles to boys and girls ages seven to eighteen.”

The entire camp system claims to be based on two main tenets:

Despite such principles, Kanakuk and similar camps remain vulnerable to potential sex abuse by nature. Camps depend on seasonal employees and volunteers who have prolonged access to children in unfamiliar surroundings without the direct supervision of their parents. Statistical reporting further indicates that many sexual abusers are young themselves, usually with no prior convictions, and they act out on younger children.

Kanakuk’s track record of abuse is a cautionary tale; however, it is not an isolated problem. Camp abuse is a national epidemic due to lack of industry oversight and accountability. Crime Stoppers‘ web site explains how unregulated the camping is and also maintains a state-by-state registry of camps with reported incidents of abuse. Click here for a fact sheet on summer camps in America.

Besides putting the best child protection plans and safeguards in place, it is equally important that camps and other environments that steward children understand mandatory reporting laws and have clear policies regarding how to react when a potential child abuse situation arises.

There have been a number of alleged and convicted sex offenders attached to Kanakuk Kamps and its family of ministries over the past several decades. While former K-Kountry director Pete Newman, the camp’s most prominent serial predator, was sentenced to life in prison for the abuse of dozens of boys, there is more to this story.

Due to non-disclosure agreements attached to seven-figure settlements, survivors of Kanakuk Kamps abuse have been silenced. It is time to hear their stories. It is time for Joe White to finally put himself third.

Click here for a fact sheet on Kanakuk Kamps.

Take Action - Sign a Petition
Looking for Help? Find Resources
Please be aware that this website may contain information and images that some may find disturbing.
CONTINUE